Juliet Bourke is Partner Human Capital at Deloitte Australia where she leads the country’s Diversity and Inclusion Consulting practice. She is an author and TEDx speaker and has more than 20 years of experience working in D&I. We spoke with her about how Australian D&I kicked into high gear in 2010 and made real change in women's representation on public boards, as well as the importance of an inclusion strategy that challenges the status quo.

JL: Your career has been within the D&I field since 1994 when you started working at the Australian Human Rights Commission. More than two decades later, what progress do you see?,?

JB: I would say that until 2010 diversity was often not seen as a strategic question in Australian companies. Diversity was very much something that was “managed” in human resources and probably by someone relatively junior. But since 2010, we have stepped up a level.

JL: In many countries, practitioners are thinking about how to get D&I to the next level and how to strengthen the strategic dimension of their work. hat has worked in Australia?

JB: Well first of all, we got a real wake-up when we got the results of an annual census we used to do to track the number of women on boards and in executive positions. In 2010, it became obvious to everyone that the trajectory was not a gentle increase. In fact, there had been slight regression for some roles. We could live with change, even if it was glacial, as long as there was change. But what we were seeing was stasis or change in the wrong direction.

Secondly, a group of women executives and board directors at the time were influential enough to initiate a policy change at the Australian Stock Exchange. The new policy made it a requirement for every company to have a diversity policy and to set measurable objectives—and if they couldn’t comply they needed to explain why not. This was a very important, soft way of getting the board directors' attention to this question. At the time only 8 percent of board members were women. Currently, thanks to this soft approach,  [women make up] close to 30 percent of boards.

The third piece of the puzzle was getting powerful men into the conversation. Liz Broderick, our Sex Discrimination Commissioner at the time, started a group called the Male Champions of Change. This powerful group of CEOs started listening and learning what was going on around gender equity and thinking about their role in leading change. That group has now absolutely blossomed. It started with approximately 10 men, and today there are hundreds and hundreds of Male Champions of Change. It is broken out into different groups. For example,  there is the property Male Champions of Change as well as industry-based groups, and the strategy has been flagged [by] the UN. 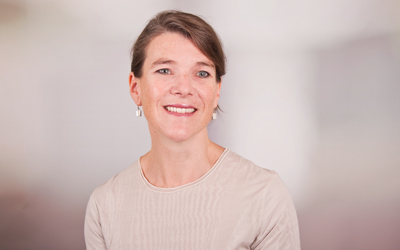 JL: And it was the coming together of these three changes or pressures that took the discussion to the next level?

JB: Yes, these three things coming together into the Australian culture where we believe in equality and in giving people a fair go. So these three groups created this real turning point, which meant that the conversation changed from it being a conversation with human resource practitioners, very junior in the business, to being a conversation that CEOs had to be articulate about and board members had to champion. And so I think we have seen, fundamentally, an increasing sophistication in the quality of the conversation, in the people who are responsible for making it happen, and therefore the nature of the interventions. It's been an accelerated journey in the last nine years as a result of this.

I think of inclusion as a little bit harder edged...It's really about changing your behaviors and changing the system around you.

JL: If there were one thing you could change in the landscape today, what would it be?

JB: I would want to see more work done to create inclusion, not just a focus on diversity. We're a very civil country, meaning that we are generally respectful and want to treat people fairly, and that's a good thing. But I think of inclusion as a little bit harder edged than that. It's really about changing your behaviors and changing the system around you. It's not just integrating people into what you already have. It's changing it so that it is a blend. And for that to happen, people need to really understand what is currently going on. They need to understand whether their behaviors are really inclusive of other people or whether they're just being nice. So my wish would be that people would have greater sensitivity to the impacts of their behavior and then know what to do about it. What I want to see more of is the moving from awareness to the hard stuff of action.

JL: What is most rewarding to you in your daily work?

JB: Seeing behaviors change— that is very rewarding. It is rewarding having an impact. And that happens everyday. I see it with my team members; I see it when I coach a lot of leaders globally. Recently, I coached a leader on her inclusive leadership skills. I ran an assessment for her based on the inclusive leadership assessment tool that we developed. That helped her understand herself a bit more clearly, how other people see her, and then find just a couple of things that she needed to work on to be more inclusive of diversity. She felt so empowered by that conversation. Because leaders are not used to getting feedback around being inclusive, often it's the first time for them. So they're hungry for it. They are hungry for it if they're a good leader, because good leaders want to do something about this. Watching them become empowered and inspired, that is absolutely rewarding to me.

Jonna Louvrier is a D&I consultant and researcher based in Helsinki, Finland. She got her Ph.D. at Hanken School of Economics in Helsinki and worked as a postdoctoral fellow at the Clayman Institute for Gender Research at Stanford University between 2014-2016. She is the founder and CEO of Includia Leadership.