Whether you’re young or old, ageism in the workplace is a very real issue, according to Dr. Tomas Chamorro-Premuzic, an organizational psychologist and the chief talent officer of staffing firm and Fortune 500 company ManpowerGroup.

In fact, a recent report by the Equal Employment Opportunity Commission (EEOC) stated that about “6 out of 10 older workers have seen or experienced age discrimination in the workplace and 90 percent of those say it is common.” The report came out in June 2018, the 50th anniversary of the Age Discrimination in Employment Act, legislation aimed directly at combating this prominent issue in the workplace.

Chamorro-Premuzic, who currently leads ManpowerGroup’s Assessment Center for Excellence, also serves as a professor in organizational behavior University College London and Columbia University and has written 10 books about talent. In an interview with D&I In Practice (DIIP), Chamorro-Premuzic (CP) discussed why ageism in the workplace still exists, ways to tackle it, and advice for hiring.

DIIP: How do you define ageism?

CP: I would define it as the conscious or unconscious categorization of someone as part of a relatively broad age group or bucket, meaning young, average or old, and with it the assumption that they are more or less capable of doing a job. I would distinguish between the attitudinal side of things, which is the belief that being young or old is either inherently good or bad because it becomes associated with certain qualities. The more worrying one is the behavioral aspect, which is to actually discriminate in favor or against people because of their age.

One thing I think is really interesting [and] should be discussed more broadly is [that] even 25 years ago, when the first large-scale scientific study was conducted, the correlation of what’s reported between age and most aspects of job performance is basically zero. This is really interesting because for most jobs, age is neither good nor bad. It’s irrelevant.

You’ll find as many people who are good or bad in different age brackets and yet I teach at university and most of my students are perfectly able to do jobs that they’ll be discriminated in because they’re too young or they look too young. And then when we coach or work with more senior, more seasoned employees, they seem to be excluded for job opportunities because they are too old. 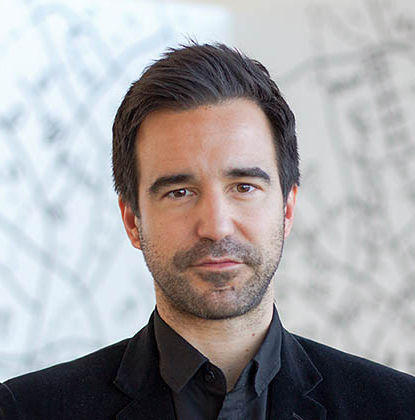 DIIP: In your current role, you focus on assessment tools. How does age factor into crafting these assessments when making hiring decisions?

CP: Part of my remit deliberately ignores age because we understand that if you look at people, their curiosity, learning potential, and skills, then age differences are pretty trivial. You don’t have to look at age. You can actually train predictive models on AI or even traditional assessments that give you the best fit or the best match for a job while ignoring age.

At the same time, the real constraints are on the side of the demands, because clients will deliberately reject somebody for being too old or too young. Even if you look at things that are desirable, like calling someone a high-potential employee, if you're over 25 or over 30, you cannot be included in high-potential programs [because you’d be considered too old] even though if you look at the actual dimensions of high potential or talent, there will be many people in their 40s or 50s who could be in that bracket and who could be re-skilled or re-trained.

DIIP: What advice do you have for organizations that want to eliminate age discrimination in the workplace during the hiring process?

CP: First of all, I think it’s important to understand that in many cases it’s not the recruiter’s fault or problem. They’re not to blame for discriminating based on age. At the end of the day, they’re mostly giving their clients what they want. What you could argue is that if [the recruiters] are competent and they have influence and they know how to present their candidate, they should try to at least persuade their client that age isn’t relevant.

Most of the time, they might just be assuming that the candidate is too old or too young for the clients. If the issue is that the recruiters themselves are confused or misled, then I think the only thing you can do is educate them and … explain to them that, in most instances, age isn’t as important as people think.

Secondly, you’re actually harming your own chances of serving a top candidate if you automatically exclude people because of their age. You’ll have a lot of people who might be less-expected or in an unexpected age group who are actually very, very qualified for these positions.

DIIP: Ageism in the tech industry has been a large problem historically, especially due to younger talent tending to be cheaper. What are your thoughts on this?

CP: That’s interesting because the economics are obviously important and unavoidable. That’s a good example of where the issue isn’t really ageism, but rather that a  disproportionate premium is paid to people who are allegedly equal but more expensive because of their age. If that is the case, then that’s something we could and should correct as well.

Obviously experience increases with age, but they are not perfectly correlated. Some people spent more time accumulating it despite their younger age, and even when people spent the same time, some learn faster than others. Companies should try to focus more on what people know and are likely to learn, and less on how old they are.

At the end of the day, much like it happens with gender, race, or culture, the only way to really address this issue on the selection or recruitment point is to be able to completely remove the information from people’s resumes and make them really age-blind. That is impossible to do when someone comes to attend a face-to-face interview, but at least if you’re omitting that information from resumes, then people will realize that it’s the only way a recruiter can rank, order or compare resumes or candidates without being influenced by stereotypes.

DIIP: Beyond recruiting and hiring, what are other steps that can be taken to get rid of ageism in the workplace?

CP: I think this is interesting because it’s less complicated than we think. There are no inherent cultural barriers toward behavior or attitudinal constraints that automatically make it hard for people of different ages to work together.

Actually, just throwing people in teams together and mixing them up to try to get used to each other will automatically create big benefits to the organization. Then, people will habituate to the idea that actually age isn’t an issue or that there are certain cognitive diversities that comes with mixing up people from different ages.

This interview has been edited for clarity and length.

Benjamin Snyder is a writer and editor living in New York City.